Fact #2: Aside from Martin Scorsese, it’s hard to think of another American director who is as big of a cinephile. Movies are religion to Quentin Tarantino.

Once Upon A Time in Hollywood is a spectacular celebration of film. There are too many homages and references to list, but here are a few obvious ones: The film’s title is an ode to Sergio Leone. The setting is the old, fabled Hollywood of yore when the industry still felt intimate. The story centers around film’s oldest genre: the western. There’s Warren Spahn, and Charlie Manson and the Sharon Tate murders, a quintessential Hollywood tale, Black Dahlia for post-war Los Angeles. Once Upon A Time in Hollywood references other films, real films, fake films; Tarantino even goes so far as to reference himself. Several times. It would be in danger of feeling cheap if the parts weren’t masterfully arranged.

Watching Django Unchained and Inglorious Basterds, it’s clear that Quentin Tarantino thinks Nazis and slavers are bad people. He’s banking on the fact that we all hate Nazis and slavers and that we’ll all cheer their death when they are blown up or shot or slowly tortured or whatever. It’s a safe bet. Just in case Tarantino doesn’t give us a rank-and-file Nazi, a soldier doing his duty (read: still a Nazi); he gives us the worst Nazi imaginable. The same is true of slavers. This isn’t a slave-owning founding father (read: still a slave owner), but a man who has slaves fight like dogs for his amusement. When you want to get a point across you don’t erect a 10-foot statue, but instead a 100-foot monument. You leave no doubt.

Once Upon A Time in Hollywood trades in its Nazis and slavers and gives us hippies. Oh, they’re certainly evil hippies. There’s no question that these hippies have the dark energy. Brad Pitt senses it straight off. And because the Manson Family Murders are an American cultural phenomenon, the audience knows that these aren’t good hippies. The crimes perpetrated by the Manson Family shocked the nation. Tarantino seizes on this and uses Manson as his Hitler. Tex and Pussycat and the rest of the Family are your rank-and-file Nazis. It fits; certainly, anyone willing to commit the kind of murders the Manson Family committed is evil.

But are they Nazis? Well in actual fact, no, of course not, they are not Nazis. Are they being conflated as Nazis? Rick Dalton (Leonardo DiCaprio) paying homage to Cliff Booth (Brad Pitt) in the opening while torching Nazis and then repeating the same action at the end of the film would strongly suggest that in some small way they are. A simple logical exercise reveals that while evil Nazis exist and all Nazis are evil (or fought to uphold an evil ideology if you need to split hairs) not all hippies are evil even if some evil hippies exist. In fact, most hippies are harmless.

If Quentin Tarantino is serious, though, maybe the thing he is trying to tell us is that hippies are in fact dangerous. Minds that are supplicant enough to adopt Manson’s twisted logic are too supplicant by half. They are the same minds that can be influenced by mass media. They can blame movies and TV for teaching them to kill as the Manson family members do before they attack Cliff in Dalton’s home. Is it inconceivable that Tarantino, who has been criticized for the violence in his films before, is mocking the people a generation older than him, the very people who wag or have wagged their fingers at mass media before?

It’s conceivable but unlikely. Tarantino’s films have only ever been serious on one topic, and that is film.

Westerns are generally set in the 1870s, as the frontier is closing and law is arriving and society is going from a place ruled by men and women with individual ethical codes to a place ruled by law. That gray area makes for great films. That gray area is where Once Upon A Time in Hollywood exists. We have our aging gunslingers Rick and Cliff, we have a rapidly changing landscape, hippies bucking the code of The West; a place moving out from under the feet of the people who helped build it. It is the closing of the (Hollywood) frontier. Cliff is a dangerous man (he has shades of Henry Fonda who was never cast as a villain before Once Upon A Time in the West); there is even the possibility that he might be a bad man, but he is definitely a man with a code. That’s more than you can say for those hippies who are reviled long before they commit their atrocities. Leo scoffs at being dressed like one and curses them out when they park in front of his house. He knows the frontier is closing and he doesn’t like it.

Butch Cassidy and the Sundance Kid. Pat Garret and Billy the Kid. Rick and Cliff. Another infamous western duo who has one last hurrah before the sun sets on their youth. That’s what makes the western endure as a genre even after all these years: as sure as the sun rises it will set and a new breed will come along to replace the old. The rest is merely window dressing. A fable that never happened even if it looks an awful lot like real life. It’s a movie, a movie’s movie, a film for people who absolutely love films. And about that Quentin Tarantino is very serious.

Labels: Keeping it Reel, Once Upon a Time in Hollywood, Quentin Tarantino

"Parasite", Subtitles & The Definition of an American 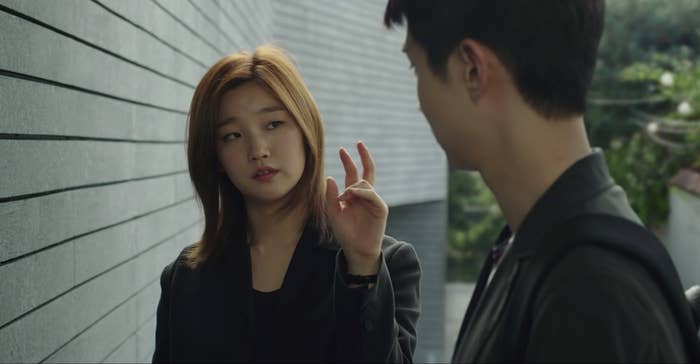 Before watching the film, I was skeptical that Parasite would live up to the hype. The last movie I saw by Bong Joon-ho was Snowpiercer and apart from Tilda Swinton’s performance, I didn’t really like it. I saw Mother several years before that and absolutely loved it, so I was one for two going into the film.

Sorry to Bother You 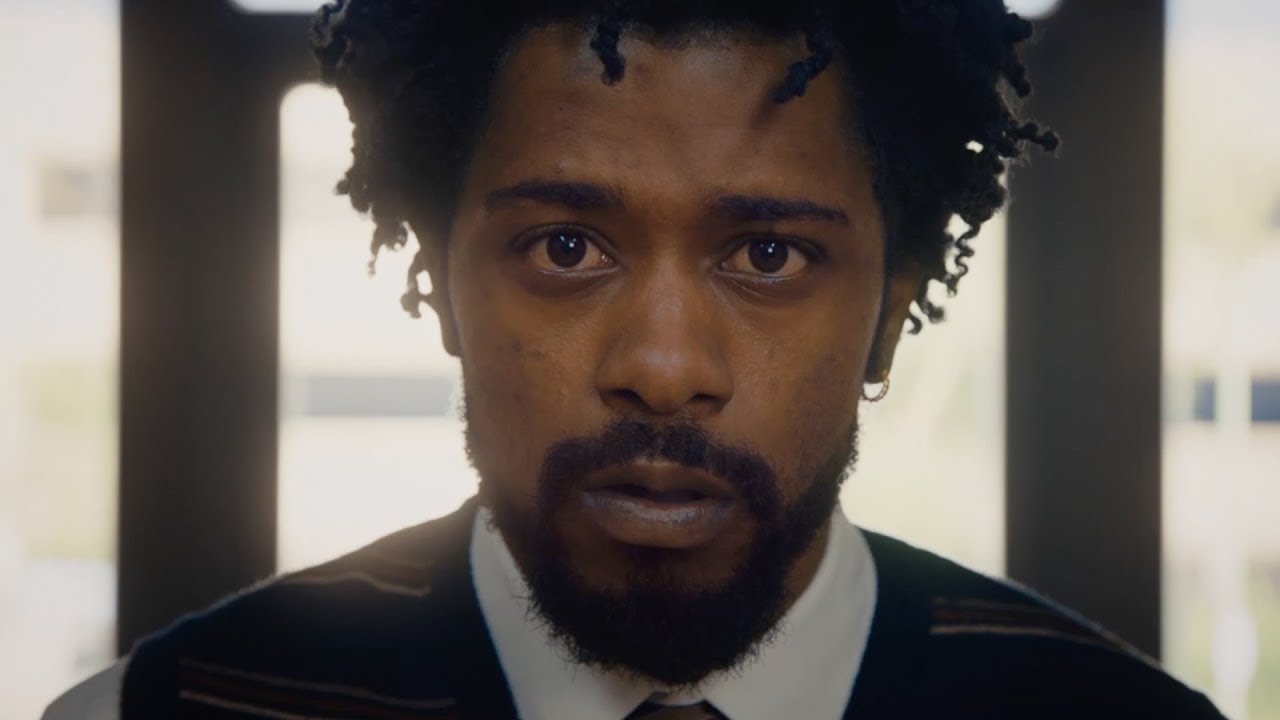 To create a world from scratch requires a force of imagination and stamina. To recreate a world requires something different, a unique worldview that looks at the same picture of the world we’re all looking at (as much as we can trust we’re observing the same thing) and see that the frame is tilted in a certain direction by a few degrees or so. That is the kind of world that Boots Riley brings to bear in Sorry to Bother You. 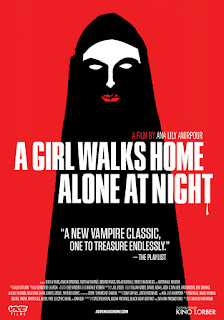 “She would have been a good woman,” The Misfit said, “if it had been somebody there to shoot her every minute of her life.”

-Flannery O’Connor, A Good Man is Hard to Find

The Girl in “A Girl Walks Home Alone at Night” is a lonely unnamed vampire. Like Flannery O’Connor’s The Misfit, she is an outcast living on the fringes of society, committing acts of violence against people who more or less deserve them. When she bites off the finger of the drug dealer Saeed and then drains the blood from his neck, it is deserved because he has terrorized Arash, the protagonist in the film who has to take care of his drug-addicted father. 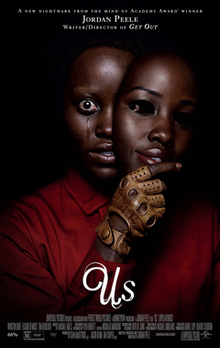 Us is not a movie about Black people but a movie in which the main characters happen to be Black. That statement is both true and misleading. Although the film makes no overt references to the Blackness of their lead characters, the fact that the lead characters are Black is already, by itself, a sort of proclamation. Sure, Black people have appeared in horror films as tropes (the Black character who is murdered first or within the first two acts) or as leads in Blaxploitation movies (Blacula comes to mind) or even leads in indie and Hollywood films (Night of the Living Dead and Vampire in Brooklyn) but Us is different.